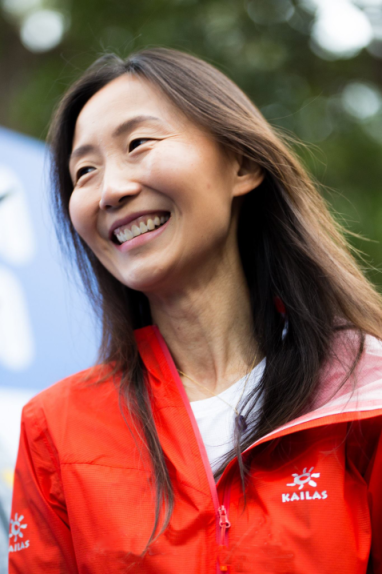 Janet was elected president of ITRA on Saturday 11.09.2021 by the organization’s steering committee following the resignation of Bob on 04.09.2021. Since 2015, Janet has been the treasurer and a member of the Executive Board of the association.

In his resignation letter, Bob stated that due to the pandemic, the needs of his businesses have increased significantly, leaving him inadequate time to lead ITRA. Bob confirmed his commitment to execute a smooth transfer of responsibility.

"I have strived to guide ITRA to a better place than when I assumed the office. I believe together, we have achieved this goal. We have accomplished independence and steadied the organization through the disruptive times of the pandemic.”

Trained as a lawyer, Janet started trail running two decades ago and has been running on the trails ever since. She has also been a race organiser for over a decade and volunteers in trail races both locally and abroad. Janet is the president of the Trail Running Association of Hong Kong and a race director and co-founder of the Vibram Hong Kong 100.

Janet will be the first female president of ITRA.

“I am honoured to receive the trust of members of our Steering Committee to be the new president of ITRA. I am excited to lead this unique organization as our sport begins to reopen in many countries around the world. The pandemic has accelerated interest in trail running in the great outdoors and we expect our community to expand rapidly. We welcome everyone with open arms to share our sport and our values.

As a non-profit organization dedicated to the sport of trail running, ITRA will continue to develop a wide range of services and tools for both runners and race organisers. We are here to serve the international trail running community and its members from all four corners of the world. I would in particular like to see an increase in female participation in trail running. With that in mind, the ITRA team will continue to work hand-in-hand with runners and organisers, to listen to their needs and wishes and help them in achieving their individual goals and dreams.

I would like to thank Bob for his significant contribution to ITRA and to the trail running community over the years.”

Janet begins her role immediately. A new treasurer will be elected in the coming week.

"Born in July 2013, the ITRA (International Trail Running Association) aims to give a voice to parties involved in trail running in order to promote its strong values, its diversity, the safety of races and the health of runners, as well as to further the development of trail running and ensure a constructive dialogue between the national and international bodies with an interest in the sport."